A Glimpse Into History

Manufactory Quarter includes a large number of buildings that are considered also as cultural monuments. The surrounding apple garden and the ancient park trees in the background form a unique environmental value. The history of the Manufactory Quarter dates back to 1898, when Emperor Nicholas II approved the statutes of the Baltic Cotton Spinning and Knitting Factory. In 1900, the 234-meter-long and four-storey main building designed by Rudolf Otto von Knüpffer was completed in the area between Telliskopli Road and the sea, to which a limestone wing was added in 1908. Various extensions were gradually added throughout most of the factory’s history. Production reached a peak between the two world wars in 1928–1929, when the number of workers reached 2,000. In addition to fabrics, various yarns and cotton wool were also made. The factory was nationalized by the Soviet authorities in 1940, and in 1941 burned down in a whirlwind of war. Restoration began in 1945, and the following year the factory resumed production of raw cotton fabric and thread which continued throughout the Soviet period. In the 1990s, after the restoration of Estonia’s independence, the manufactory was acquired by the Tolaram Group and the production ceased under the pressure of the changing economic environment in 2006. Before the closure of the factory building, the Tolaram Group started to prepare a detailed plan for the entire area in order to transform it into a modern residential and business quarter. The first fruit of this is the Sitsi apple orchard quarter (269 apartments), which was completed in 2014–2019 in cooperation of Hepsor-Tolaram. As a result of this cooperation, the development of the entire remaining factory area will be continued.

A Glimpse Of The Horizon

The location of the Manufactory Quarter is unique. There is a lot of high-quality urban space and outstanding architecture in Northern Tallinn within easy reach — Lennusadam, Patarei, Noblessner, Stroomi beach, and Kultuurikatel, which all will be connected by the Insect Squadron in the future. The dignified position in Tallinn and the romantic history of the Second Industrial Revolution require an ambitious approach. The Manufactory Quarter will become an environment where living spaces are intertwined with offices, restaurants, trade and service areas. A quaint quarter bubbling with life. A diverse business environment where architecture inspired by history preserves the industry’s unique character. The public space will be universal and people-centered, containing playgrounds, community gardens, parks, and easily enjoyable spaces where time runs in its own course. 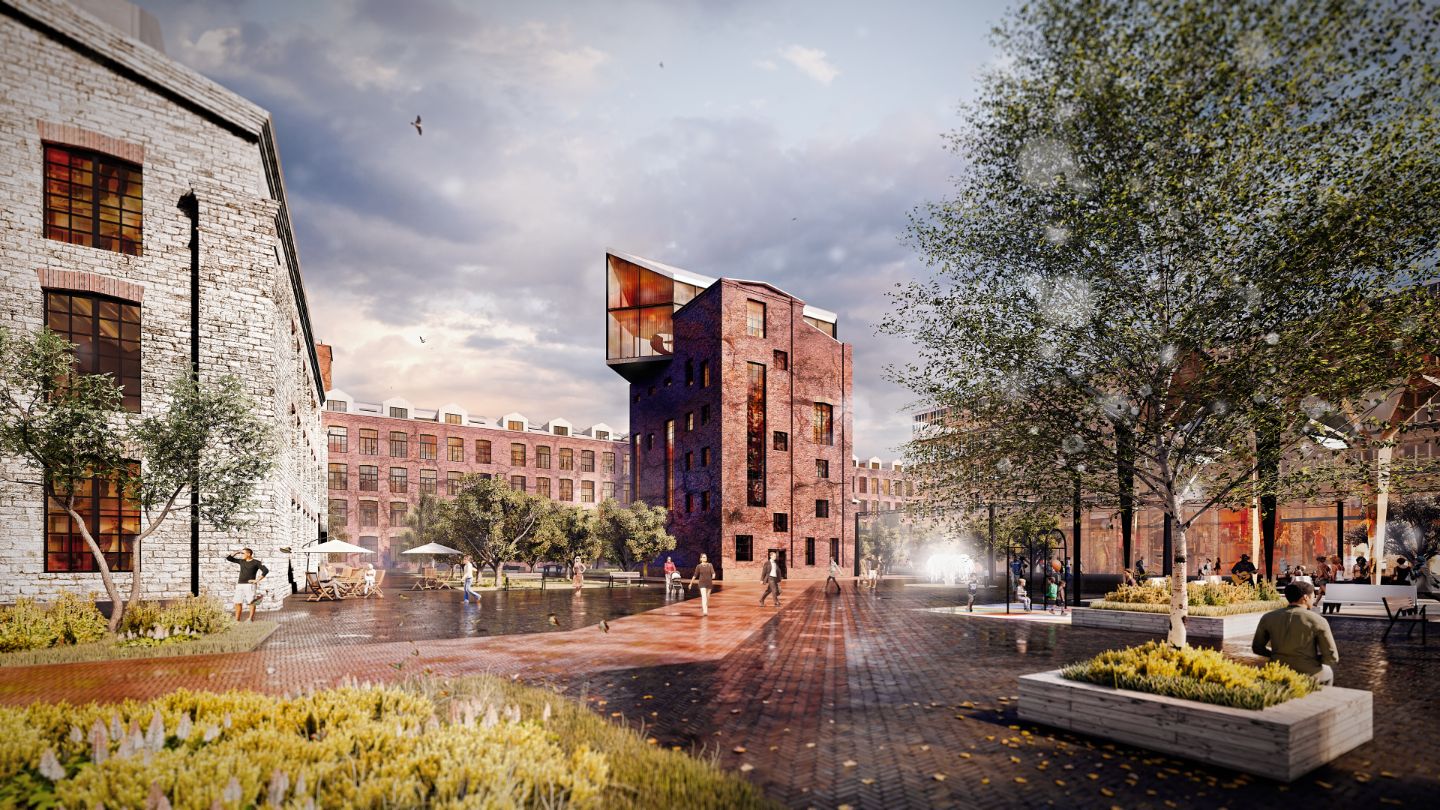 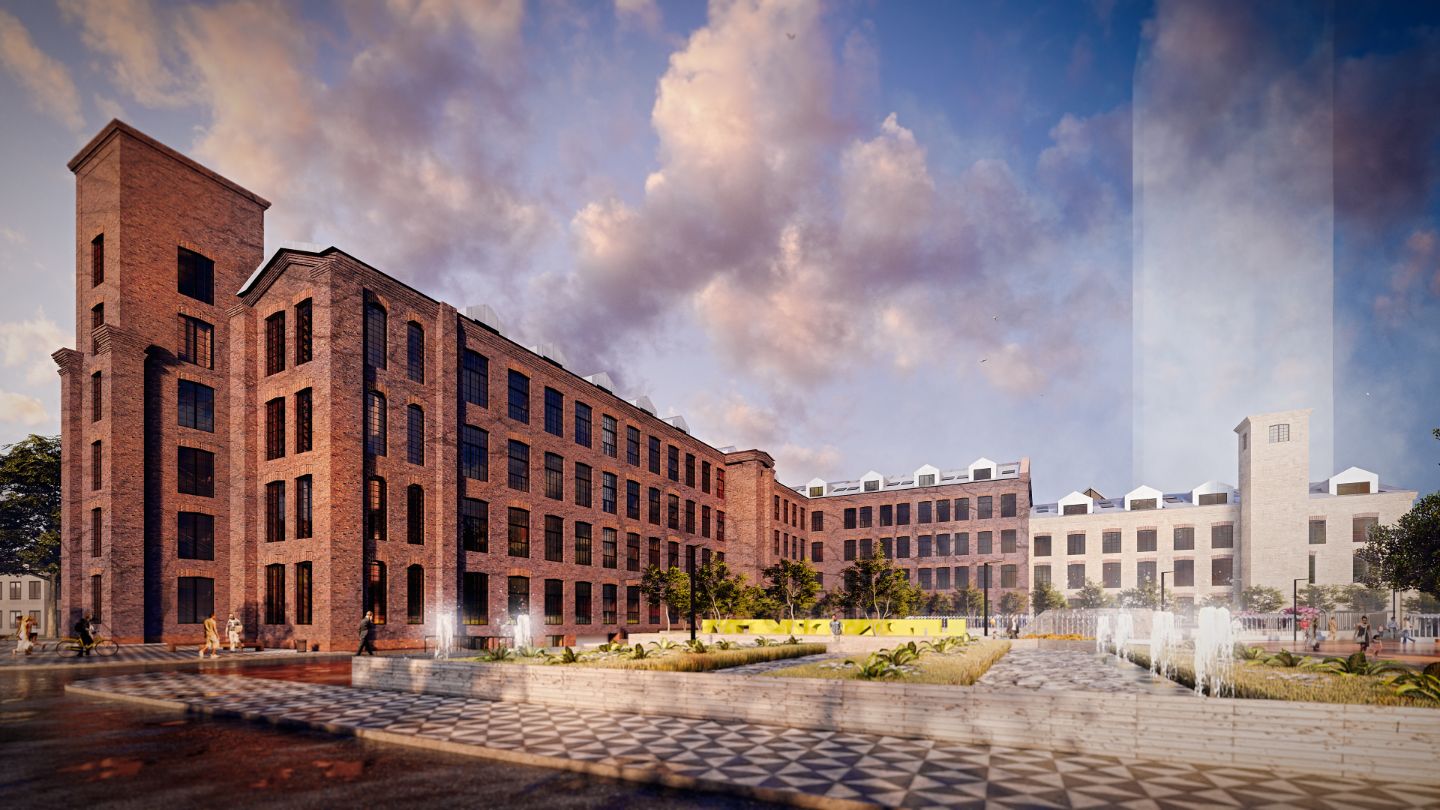 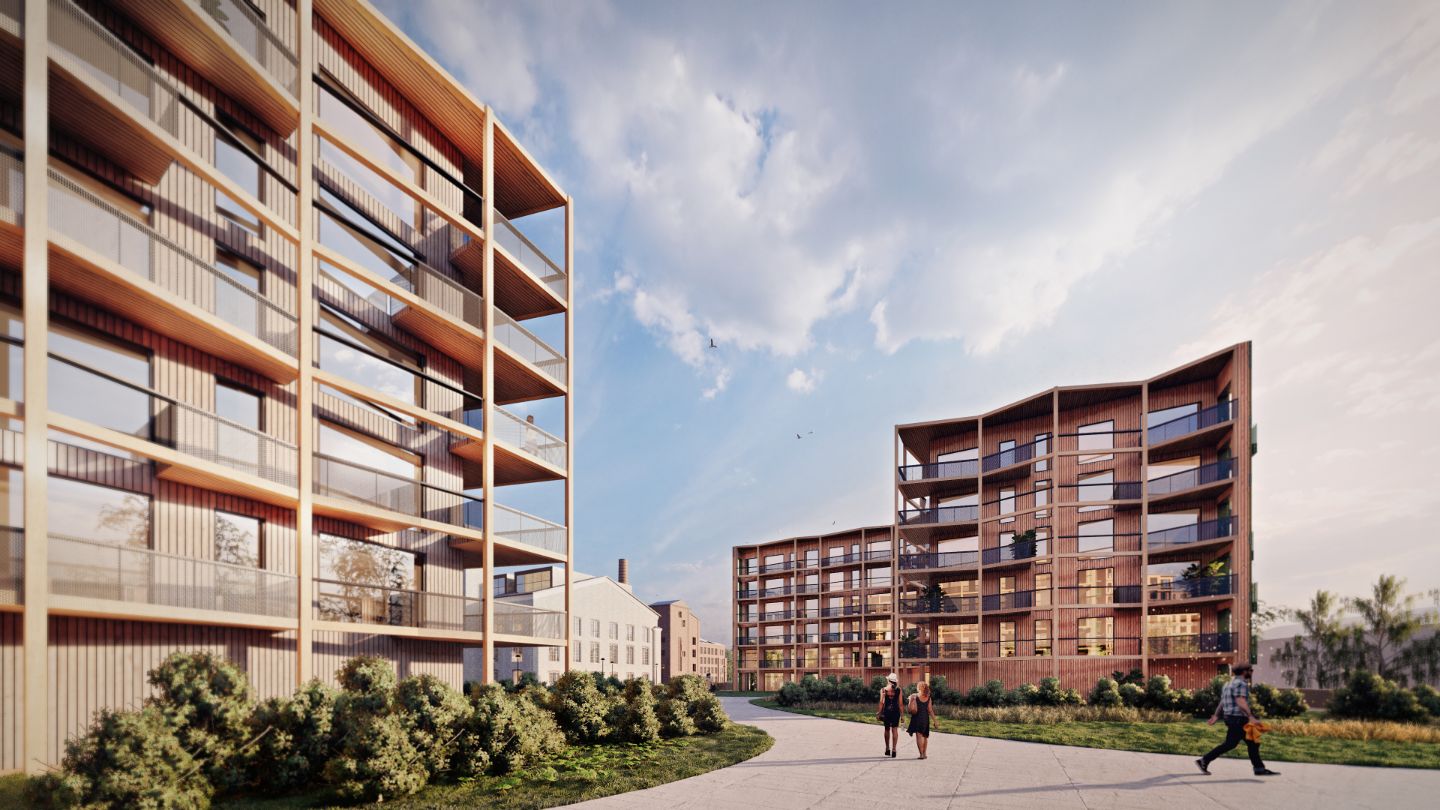 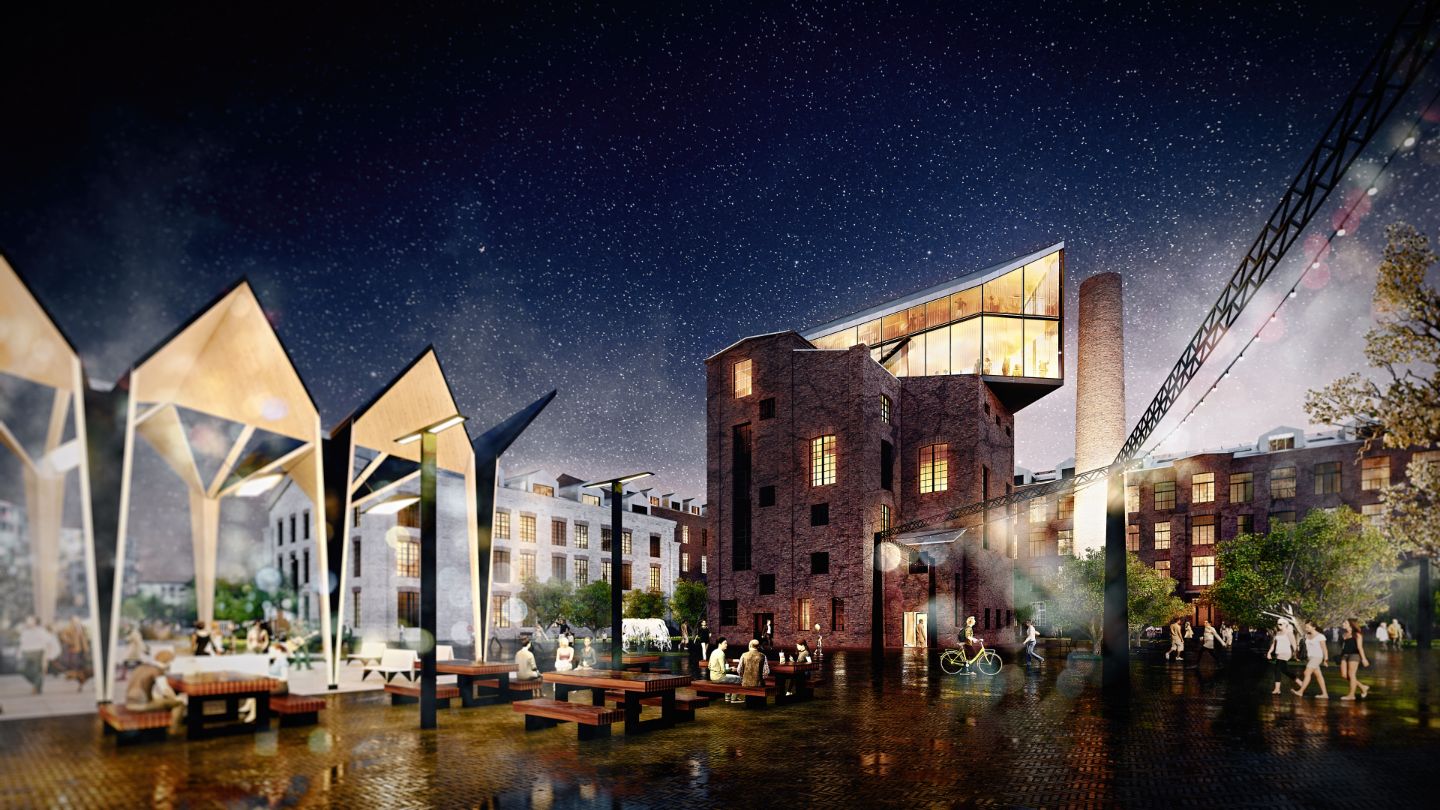 The beginning of the construction of the Manufaktuuri 7 new residential buildings.

The beginning of the reconstruction of the Manufaktuuri 5 historic factory building.

The end of the construction of the Manufaktuuri 7 new residential buildings.

The reconstruction of the historic factory building will be completed.

The Manufacturing Quarter is located in the middle of Kopli peninsula, a place known for its rich history. The area is currently known as an industrial district with an air of nostalgia to it. Ages ago, Kopli peninsula was a medieval meadow pasture that then turned into a popular relaxing destination for the Baltic Germans to enjoy thick oak forests and beautiful sea views. Later, it became the most important and powerful economic area in Tallinn. At the moment, Kopli peninsula is one of the most attractive and fastest developing neighbourhoods in Tallinn. The neighbourhood’s diverse character, good infrastructure and wonderful location are especially attractive for environmentally conscious urban dwellers who value progressive thinking. The city centre and transportation hubs are easily reachable for cyclists as well as pedestrians – Town Hall Square, Freedom Square and Tallinn Baltic Station are around 3 km away and Port of Tallinn at around 4.5 km distance. Nature enthusiasts can reach Paljassaare nature reserve birdwatching area 4 km away. In addition to that, Stroomi beach and Merimets forest are at just 2.5 km distance. 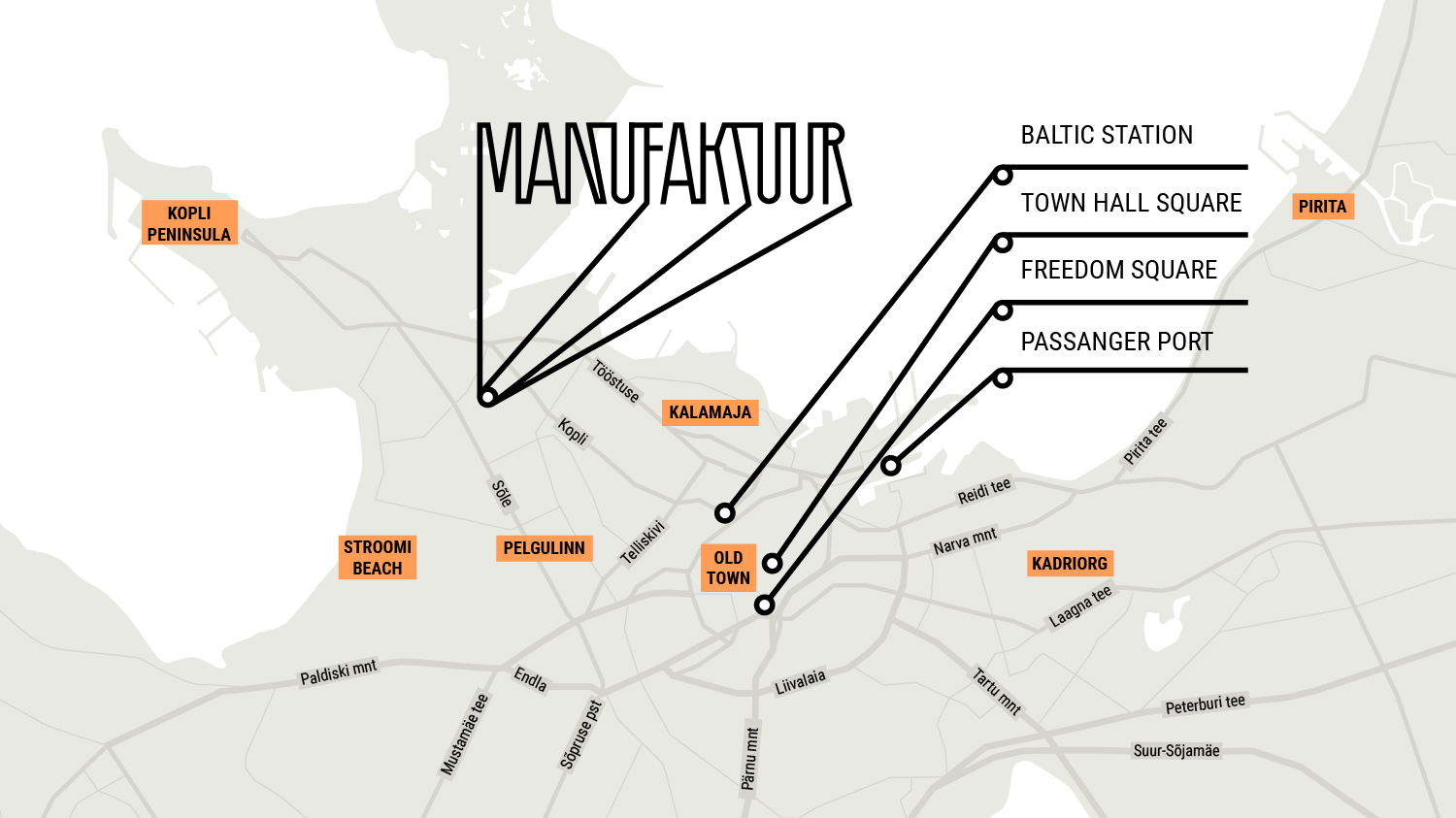 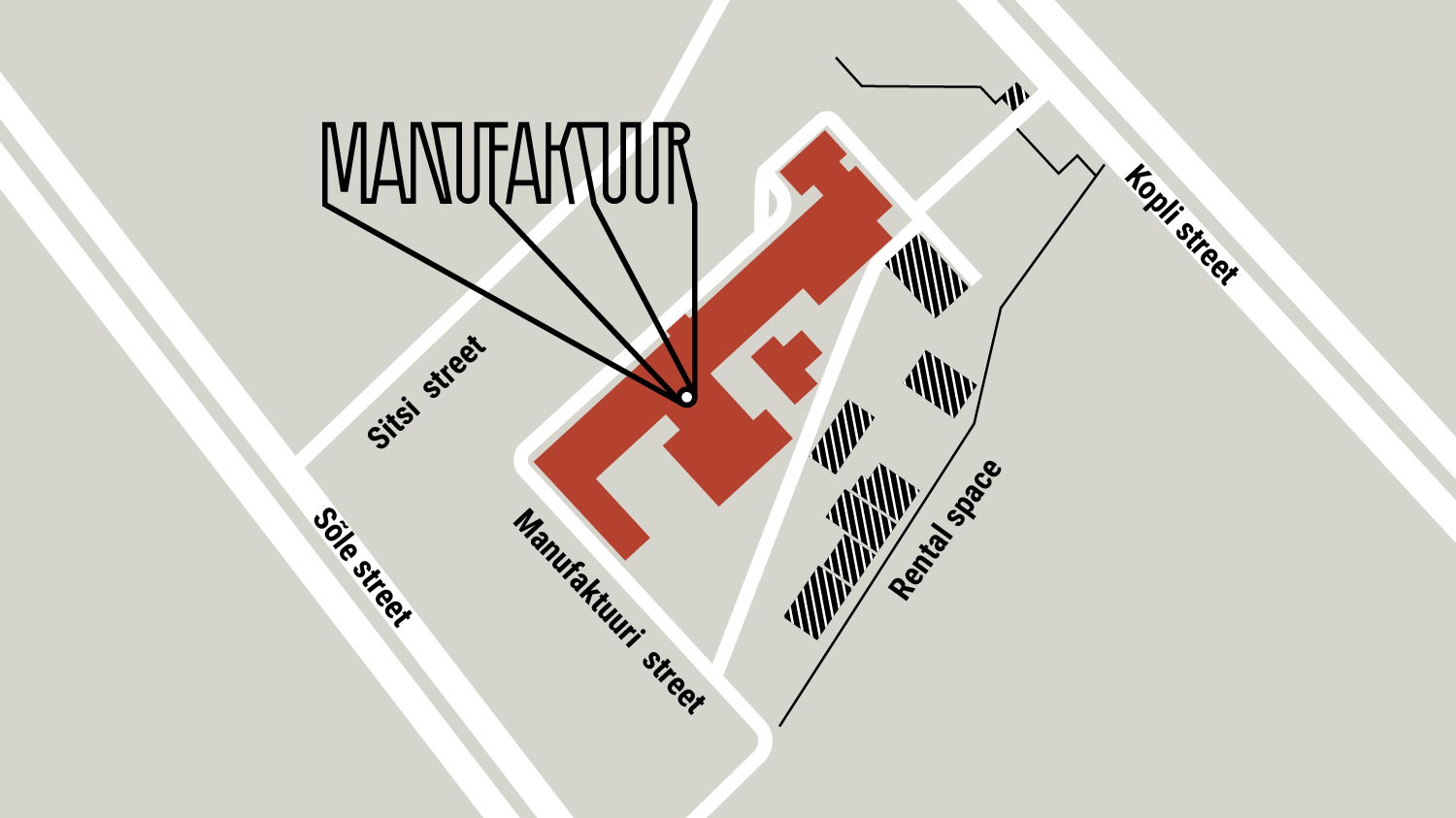 Manufacturing Quarter
from above

Do you have an interesting business idea?

Do you want to be part of the development of the quarter? Do you want to move your business  into Manufaktuuri quarter or organise your events here?  – However crazy idea you have, don’t hesitate to contact us – today’s fantasy can be tomorrow’s reality.

This website uses cookies to improve your experience while you navigate through the website. Out of these cookies, the cookies that are categorized as necessary are stored on your browser as they are essential for the working of basic functionalities of the website. We also use third-party cookies that help us analyze and understand how you use this website. These cookies will be stored in your browser only with your consent. You also have the option to opt-out of these cookies. But opting out of some of these cookies may have an effect on your browsing experience.
Necessary Always Enabled
Necessary cookies are absolutely essential for the website to function properly. This category only includes cookies that ensures basic functionalities and security features of the website. These cookies do not store any personal information.
Non-necessary
Any cookies that may not be particularly necessary for the website to function and is used specifically to collect user personal data via analytics, ads, other embedded contents are termed as non-necessary cookies. It is mandatory to procure user consent prior to running these cookies on your website.
SAVE & ACCEPT